Both the Veneto region and its province of Venice (Venezia in Italian) derive their names from the original Latin name of the area founded by the Romans. This included the cities of Verona, Vicenza, and Padova, and named what was then the 10th imperial region, 'Venetia'. The precursor of the city of Venice that we know today was founded during the Middle Ages when the locals escaped the barbaric invasions that followed the decline of the Roman Empire by taking refuge in coastal areas, islands, and marshlands. Later, the Venetian trade routes that connected Europe with Asia brought great wealth and general prosperity to the region. Amongst other arts and crafts, Venice also became the centre of glass production, therefore playing an indirect role in the history of wine.(The Murano and Burano islands are famed for their glass work and needlepoint products, and remain popular tourist destinations to this day).

Today, Veneto is also one of the major wine producing regions of Italy and the leader in the production of classified wine, underscored by the creation of the very first Italian school for vine growing and oenology here in 1885. Sometime later, Veneto was also the first to host thestrada del vinoor "wine road" which featured special signs providing information on vines and the wines they produced , and joined the Valdobbiadene and Conegliano DOC zones crossing a series of hilly vineyards. 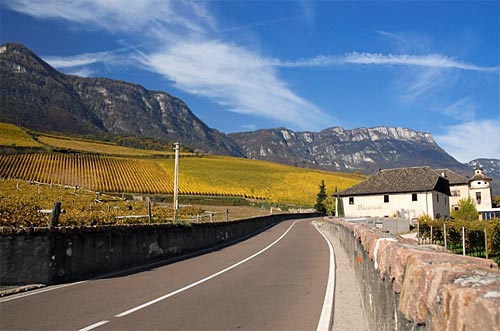 Veneto's terrain includes mountains and plains with the Alps covering over one-third of the region to the north towards the Austrian border, but rapidly giving way to the flat lands and valleys formed by the Po, Adige and Piave rivers. Influences of both mountain and sea result in a varied climate. Cooling breezes off of the Adriatic and Lake Garda help to temper the summer heat while the mountains provide a natural barrier to freezing winds in the winter. Despite excessive precipitation in some vintages, Veneto's terroir is generally able to produce quality wines on a consistent basis. Major areas of production are the hills to the far west that bask in the sunny reflections of lake Garda, the central hills around Padua and the river basins along the Adriatic coast to the north and east of Venice.

The pinnacle of the region's red wines are to be found in two styles: Firstly, Bardolino, a bright, cherry fruit driven red with lively acidity made near the shore of Lake Garda, and composed of Corvina, Rondinella, Molinara and Negrara grapes. Bardolinos are classic Italian "spaghetti" reds.  Then there is the Valpolicella triumvirate: Valpolicella Classico, Amarone delle Valpolicella and Recioto della Valpolicella, produced just to the east of scenic Lake Garda and north of Verona.

There are host of unique white wines to choose from as well, including the world famous dry Soave (made from the Garganega and Trebbiano di soave grapes) as well as the sparkling 'Prosecco' of Conegliano, Italy's second favorite sparkling wine. It is dry or off-dry with a particular peachy softness and almond-like acidity. Each of these wines need little introduction, accounting for millions of bottles in sales each year.

Of particular interest are the 'Recioto' style wines, mentioned above, which are produced from carefully selected fruit harvested from the upper part of the grape bunches that get the most sun light. These grapes are naturally riper, and are left to dry to further concentrate sugars before pressing. There are several styles as follows:  Recioto della Valpolicella, a rich, sweet red dessert wine in which fermentation is stopped prematurely to leave some residual sugar, producing a port-like beverage with approximately 14 degrees of alcohol; more famous is the Recioto Amarone della Valpolicella, a full bodied but drier version that takes the recioto red wine one step further. All of the sugar is fermented out, leaving a wine high in alcohol (15-16 degrees), that is port-like on the nose but with a classic dry, bitter- almond finish. And finally, Recioto di Soave, a sweet white version of the dry style Soave wine, also made by drying the grapes. 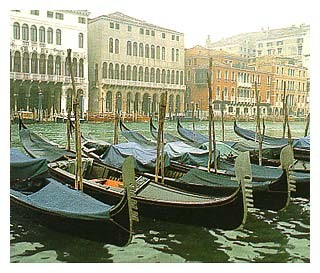 Other wines such as those from south-east of Lake Garda, include Bianco di Custoza, a straw yellow, delicate, very scented white, now considered an up and coming rival to Soave. Further east near Padua are the Colli Euganei, (the Euganean hills) that give the name to a straw yellow, scented white, a soft ruby red and a sweet golden yellow Moscato. South of Vicenza, near the town of Palladio, seven Coliberici wines are made: four white and three red, named after the Berici hills in conjunction with the specific grape variety they are produced from. North of Vicenza is the town of Breganze, that gives its name to Breganze, a straw yellow delicate white and to six other wines, three white and three red, made with either red varieties (Merlot, Cabernet, Pinot Nero) or white (Tocai, Pinot Bianco, Pinot Grigio, Riesling Italico, Sauvignon, Vespaiola) respectively. Nearby, Gambellara is produced, a pale gold, delicate white named after a town by the same name, situated between Verona and Vicenza. The wine is considered a 'country cousin' to Soave.

One final and definitive aspect of Veneto is its wealth of varied food sources - from fertile plains, lush hillsides, woods, lakes, streams and the Adriatic ocean; all of which regional cooks seem to combine with an easy artistry. Dishes can be lavish, ornate or exotic (the Venetians introduced spices to Italy), but the elements of the cooking remain simple: rice, beans, polenta, sausages, salami, poultry, game, mushrooms and mountain cheese. Venice is the showcase, but the food is every bit as delicious in the interior provinces and perhaps most of all in Treviso, a sanctuary of Venetian gastronomy.