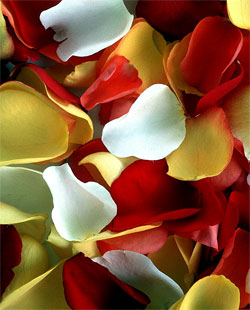 To the best of my knowledge there is no liqueur which relies solely on flavours derived from flowers. However there are very few that do not derive some benefit, some haunting subtle beauty, from the quite tiny addition of natural flower oils.

By far the largest proportion of flower oil is used for perfumes and cosmetics but we, the Liqueurists, also take our share. We use oil from Roses, Violets, Lavender, Oranges and Elder flowers amongst others. And because flowers are so delicate in the main, the extractive process is intricate and laborious but fascinating as I shall tell you.

For a combination of reasons, the industry is centred on Grasse, a town on the southern slopes of the Maritime Alps in Southern France. It enjoys a mild climate and protection from the cold north winds and the area surrounding is ideal for the cultivation of flowers. Over centuries the town has become the centre of the perfume industry of France and the world.

In a later chapter, I will outline the more usual methods of extracting flavour from natural ingredients. These chiefly rely on distillation of one sort or another and they are quite impractical for the extraction of the delicate flower oils which would either be destroyed by heat or, because they are available in such minute quantities, they would become lost in the much larger volume of distillation water. Hence a very special process has evolved over the centuries, which relies on the ability of cold purified fats to pick up and retain the scents as exhaled by the flowers. This principle, methodically applied on a large scale, constitutes "enfleurage".

During the entire period of the harvest which lasts from eight to ten weeks, batches of freshly picked flowers are strewn over the surface of a specially prepared sheet of glass covered with a fatty substance called a "corps", left there for 24 hours and replaced by fresh flowers. In the "enfleurage" process the corps is spread by hand onto both sides of the glass plates which are held in wooden frames called "chassis". These are stacked one on top of the other to form a series of air tight compartments with a layer of corps above and below. In this way the oil may be directly absorbed where the flowers rest upon it and the volatile perfume will be absorbed by the plate above.

At the end of 24 hours, when the flowers have wilted and lost their valuable scents, they are carefully removed by shaking the trays and by picking off with tweezers. Following this the trays are turned over and recharged with fresh flowers. In this way what was the ceiling of the small airtight room, becomes the floor.

At the end of the "enfleurage" season the corps, now hopefully saturated with the flower oils, is carefully scraped off the glass plates, very gently melted and transferred to special tightly sealed vessels. At this stage it is called "pomade" and the most highly saturated pomade is called "pomade No. 36" because the frames have been charged with fresh flowers 36 times, the maximum during  enfleurage. The next step is to break up the pomade in the presence of high strength neutral spirit which takes up the natural flower oils and leaves the spent fat behind. This solution of flower oil in alcohol is refrigerated and filtered to give us an extract or "extrait". If we need it in a yet more concentrated form, most of the alcohol can be removed in a vacuum still at extremely low temperatures to give us an "absolute" of enfleurage.

Enfleurage is used for flowers which continue to produce perfume for 24 hours after they have been picked. For flowers which are "stopped" by picking - roses and orange blossoms for instance - only the oil which was in their petals at the time of picking is available for extraction and the long and complicated enfleurage would be ineffective. In this case the flowers are macerated or soaked in hot fat which penetrates the tissues and dissolves all the oil present. Thus we obtain a "pomade d'Orange" or a "pomade de Rose". Extracts are obtained from the pomades in the same way as described in the enfleurage process. The two processes are fundamentally similar, the only differences being that in maceration hot fat is used instead of cold, and the whole thing takes a fraction of the time of enfleurage.

The last process for extracting the flower oils which I shall mention is that which uses volatile solvents. It is relatively modern and is carried on alongside the traditional methods in Grasse. Here fresh flowers are mixed with a carefully selected purified solvent, such as ether, at room temperature. The solution is subsequently pumped to an evaporator and concentrated at low temperature.

Whatever process is used however, huge volumes of fresh flowers are needed and precious little of the lovely flower oil is obtained. "Precious Little" is indeed the right expression. We are presently paying (c.1980 Australian Dollars) $5,400 per kilo for Elder Flower extract, $4,200 for the best Rose extract from France, $3,000 for Violet, $2,700 for Boronia and $1,800 for Jasmine. But we need them, both for fragrance and for flavour. Good liqueurs must have good ingredients and the best require the best.

Methods of Extracting from Flowers 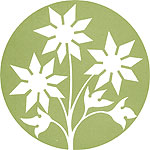 The fragrance and delicate flavour of a flower is unsurpassed by any other. The extraction of  flavour and bouquet from all flowers for liqueurs is similar to that used for the most expensive of the world's perfumes. The processes used are both time consuming and very expensive. Flowers must first be hand picked and stemmed. It requires an astonishing quantity of flowers to produce a minute quantity of fragrance and flavour and it requires a highly skilled operation to ensure that the delicate properties of the flowers are not lost in processing. Two major processes arc, used: Enfleurage or Volatile extraction. 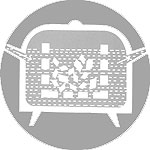 VOLATILE EXTRACTION. This method is used for flowers that cease producing fragrance once picked. petals of the flowers are placed in a perforated metal basket which is inside a sealed stainless steel vessel. A solution of ether is pumped into the vessel and circulated in and around the petals gradually dissolving and extracting the delicate flavour and bouquet. 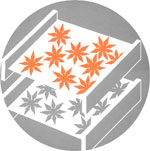 ENFLEURAGE. The flower petals are removed from the stem and placed on glass trays containing a wax called a corps. This corps which is highly purified with no odour or water remaining absorbs the flavour and fragrance from the flowers. Every 24 hours the flowers are removed from the tray and replaced with fresh ones. This may be done up to 36 times per tray. The trays are stacked one on top of the other so that the tray on the top can trap the rising fragrance from the flowers on the tray below. 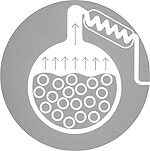 DISTILLATION. The ether containing the Flavour and fragrance of the petals is placed in a highly sophisticated still and the essential oil is extracted at a very low temperature. The still is actually refrigerated and the volatile ether is drawn off in a partial vacuum. Heat, which could damage the flower oil is not used. 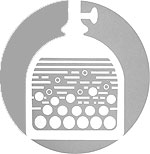 POMADE EXTRACT. The corps (or Pomade as it is referred to at this stage) is removed from the tray and is stirred gently in a mixer (called a Batteuse) with neutral alcohol to dissolve the flower oil from the corps. The solution can be used at this stage or it may be further refined. 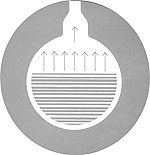 FINAL CONCENTRATION. The alcohol and flower oil solution is transferred to a Vacuum still where the alcohol is evaporated off at extremely low temperatures under reduced pressure leaving the concentrated flavour and fragrance of the flower. This is called an oil Absolute.